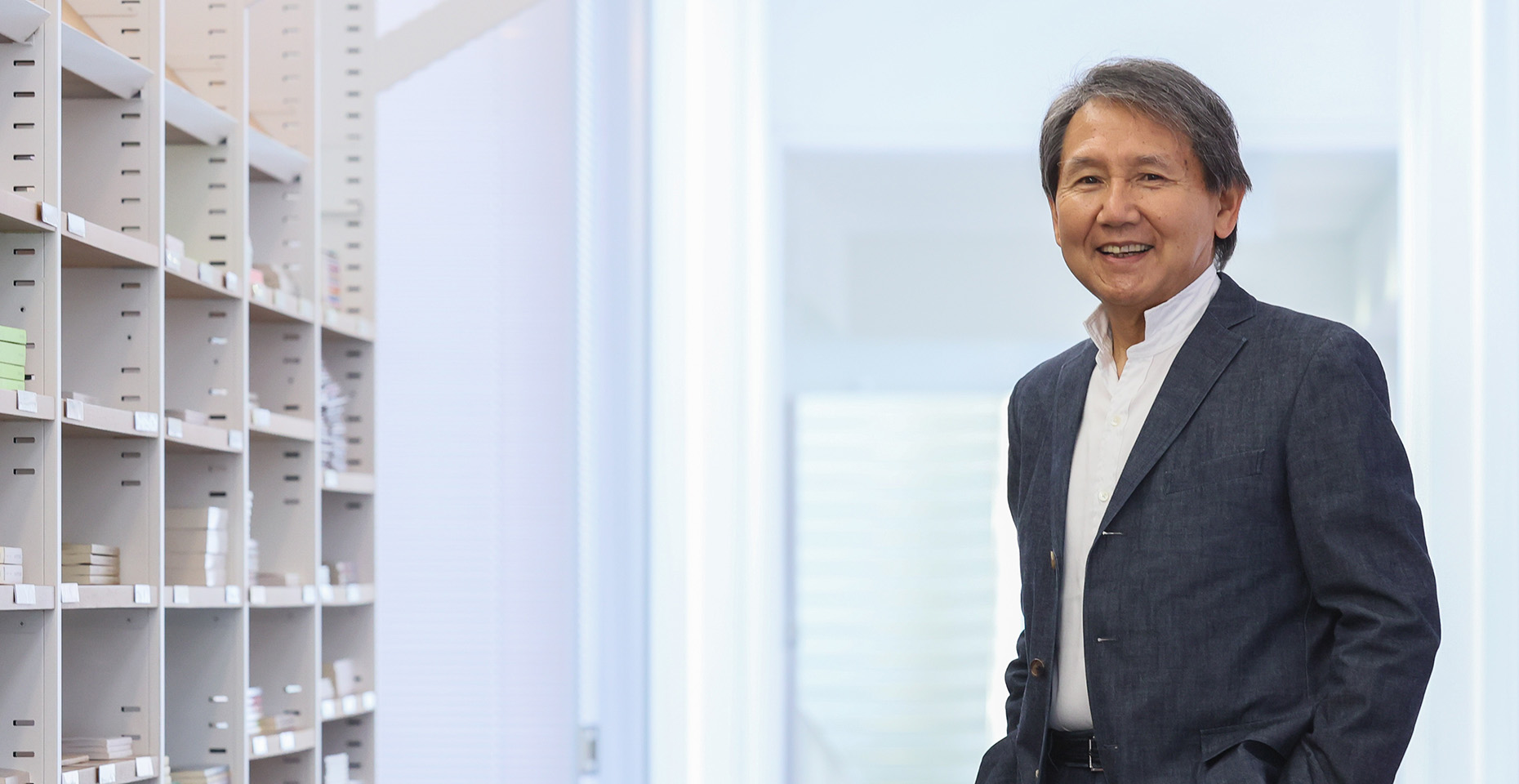 At Chiba University (CU), one key area of research is mucosal vaccines being conducted under the international collaborative roof of CU-UCSD center for mucosal immunology, allergy and vaccines (cMAV). Mucosal vaccines are administered orally or via nasal spray and thus considered as the less stressful vaccination strategy when compared with widely used injection-type vaccines. One type of oral vaccines is also called a “green vaccine” because it is made from rice grown in a closed hydroponic system with no associated industrial or medical waste generated to dispose of and requires no refrigeration for storage.

Dental caries constituted a major oral health problem when I graduated from Nihon University School of Dentistry at Matsudo in 1977. At that time, a project to develop a vaccine to prevent dental caries was launched mainly in Europe and the United States. Immediately after graduation, I went to study at the Jerry McGee Lab at the University of Alabama in Birmingham and joined their vaccine development team.

Back then, “immunity” was considered to exist only inside the body cavity, for example, in the peripheral lymph nodes, spleen, and bone marrow. Few believed that elements of adaptive and flexible immunity are present in the gastrointestinal and respiratory systems, such as in the oral cavity and nasopharynx, which are lined with mucous membranes.

We collated basic research in this area and proved that an adaptive and flexible immune system does exist in the oral, digestive, and respiratory tracts. Today, all immunological studies include mucosal immunity, which has become one of the major areas of research in immunology.

In the 1990s, we set up a laboratory for the study of mucosal immunity—the first of its kind in Japan—at the Research Institute for Microbial Diseases at Osaka University. The late Dr. Yoshiomi Okuno and others at Osaka University had already conducted a trial in which tens of thousands of Japanese schoolchildren were administered a nasal spray of attenuated influenza viruses. The effectiveness of this spray vaccine was compared with that of the injected vaccine by evaluating absenteeism from school due to viral infection in the two groups, because the effects of mucosal immunity were not considered at that time. Meanwhile scientific evidence was gradually accumulating including our studies to support the effectiveness of aerodigestive mucosal immune systems, we subsequently decided to develop a safe mucosal vaccine without side effects.

In 2003, we established a new mucosal immunology laboratory at the Institute of Medical Science, University of Tokyo, and continue basic research on advancing mucosal immunology along with clinical research leading to the development of mucosal vaccines. Developing countries were the primary target for oral vaccine development, because injectable vaccines need to be frozen or refrigerated after production until they are transported to vaccination sites, known as a cold-chain and this task is difficult and expensive in developing countries. Additionally, injectable vaccines require syringes and needles; in developing countries, this can lead to secondary infections and pose environmental risks because they are often reused or not disposed of properly. To overcome the obstacles associated with the developing countries, our effort was initiated to develop the cold-chain- and syringe/needle-free rice-based mucosal vaccine as a prototype of “ green vaccine”. Therefore, this “green vaccine” was a truly novel and unique approach in vaccinology field.

Our colleagues , Dr. Yoshikazu Yuki (CTO of the university venture, HanaVax), Dr. Tomonori Nochi (Professor at Tohoku University), and others in the laboratory together with our excellent collaborators in the fields of agriculture science and plant science conducted fusion research on introducing vaccine antigen genes into rice. The research was carried out under the guidance of experts in rice science from the Graduate School of Agriculture at Kyoto Prefectural University, the National Agriculture and Food Research Organization, and the National Institute of Agrobiological Resources.

In collaboration with Dr. Eiji Goto of the Faculty of Horticulture at Chiba University and a team of investigators of Asahi Kogyosha Co., Ltd., we also developed the world’s first fully closed hydroponic cultivation system for producing GMP-grade rice-based oral vaccines. We named it MucoRice and obtained a patent and trademark for it.

With this technology, the oral vaccine MucoRice CTB against cholera was developed. In phase I clinical trials, healthy Japanese volunteers were used, and the effectiveness of the vaccine in inducing immunity in humans was investigated. The results were published in a paper as joint research by Chiba University, the University of Tokyo and UCSD in 2021. Additionally, the phase I clinical trials were conducted in US in cooperation with Astellas Pharma Inc., and the vaccine’s safety and immunogenicity are confirmed. Currently, joint research between Dr. Goto’s team and Asahi Kogyosha Co., Ltd., is underway for establishing a stable production line of MucoRice using LEDs.

Next, we began work on nasal vaccines. Simply administering the vaccine in the nose causes frequent nasal discharge and sneezing. The patient ends up blowing his/her nose, which physically expels the vaccine out of the nose. Therefore, we needed a technique to effectively affix the vaccine antigen onto the nasal mucosa.

In this regard, Dr. Akiyoshi Kazunari of Tokyo Medical and Dental University (now Professor at Graduate School of Engineering, Kyoto University), as well as my colleagues Dr. Yuki and Dr. Nochi, proposed to attach a nanogel to the nasal mucosa using an electric charge. When the nanogel is administered in the nasal mucosa, the vaccine binds tightly to it. This new nasal vaccine delivery technique, called cationized nanogel, was a major breakthrough and the result of collaboration between the fields of medicine and engineering. Based on this technology, we launched a university-based venture named HanaVax, which promotes the development of mucosal vaccines.

However, when the protein PspA from S. pneumoniae is inserted into the cationized nanogel and nasally-administered, it induces very effective and broad protective immunity against more than 100 strains of Streptococcus pneumoniae.

At present, the effectiveness has been confirmed in different species ranging from mice to monkeys. The cationized nanogel nasal vaccine for S. pneumoniae has been licensed and contracted to Shionogi & Co., Ltd. for production through HanaVax, and research and development for human use are ongoing through industry–academia collaboration.

Continuous advancement of this interdisciplinary research and training in mucosal immunology and vaccinology, as well as identification of stakeholders who can interpret the information and make it understandable to the laypeople, is required. It is very important nowadays to recruit individuals who are equipped with the skills to collect and distribute information through the appropriate use of social networking services, to help society make informed decisions based on the scientific and objective evidence generated by the leading research in the fields of vaccinology, immunology and other related medical science.

One of our dreams is to build a completely closed, large-scale vaccine production facility for MucoRice as part of a “green vaccine” production system. Using the fallow land in Fukushima, which had been farmed till the Great East Japan Earthquake, could also be an option. This could become a Mucosal Vaccine Research and Development Hub—an idea that Chiba University is actively promoting—and a hub for productive industry–academia collaboration.